Djamu are large beings with a unique physiology. They are generally shamanistic and calm. 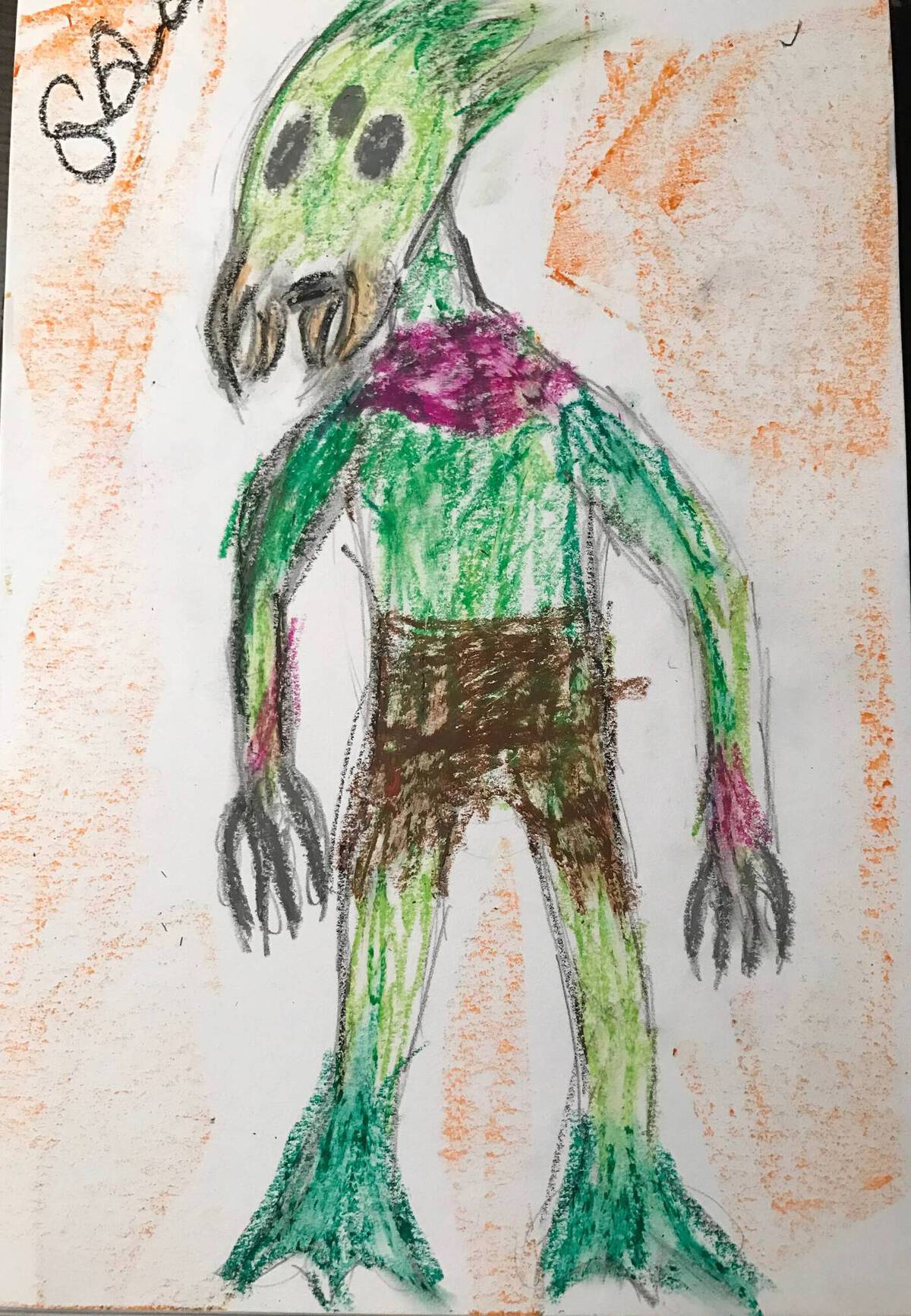 Djamu are easily recognized by their striking bodies. They are tall and large; their height spans from seven to ten feet tall. Their feet and hands are nearly identical in shape with two regular fingers and one thumb on either side. As for their legs, they are stubby and double jointed. Differing from other races of the Empire, Djamu heads are nearly the size of their torsos. Moveable tusks and three eyes ordain their faces. Covering their entire body are hair-like follicles called twixle. Unlike hair, twixle can expand and contract at will. Contracted they are as thin as hair, expanded they can be as wide as a feather.

Another defining attribute to the Djamu is their magical proficiency. The style of magic they practice is based on manipulating nature, reflecting their ideology. Their belief system is deeply rooted in the primal nature and workings of the universe.