Cyclone is the leader of the Trinity and the One. Formerly the Apprentice of the Grim Reaper, he killed Caraseis. 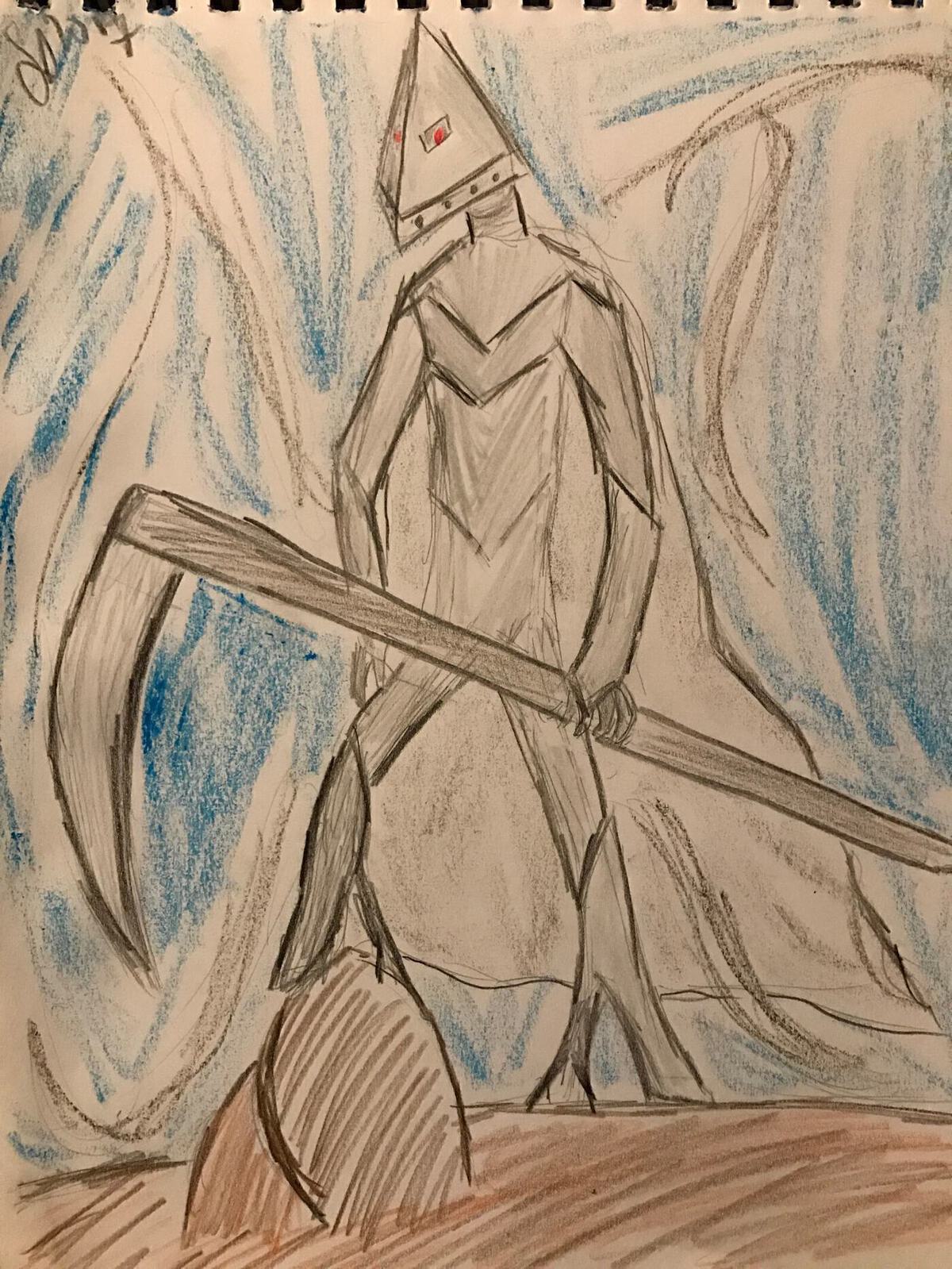 Due to his quirky personality and paradoxically pious actions he is extremely famous in the Empire for irritating the Empire.

Unusual for non-Zfnoctewoohi, Cyclone has proficiency in controlling the force of darkness. His reservoir of darkness is considerably large, and he can conjure dark tendrils and other constructs.

Cyclone is an excellent mechanic and engineer. The weapons and technology he has engineered is almost ground-breaking.

Cyclone wears a suit of shimmering grey-silver armor and a tattered charcoal cape with the picture of Demon-wings. Underneath his armor he is a skeleton. His eyes have been reduced to red orbs.