These are like very, very early character profiles I did as a kid so things definitely aren’t fully evolved yet. The scans were tweaked so they could be more legible.

Cyclone can eat food in this profile…and has favorite foods and hated foods. Which were basically my preferences at the time.

Early traits that still are present: inventor, fighter, and his dark powers. Also the armor, of course. 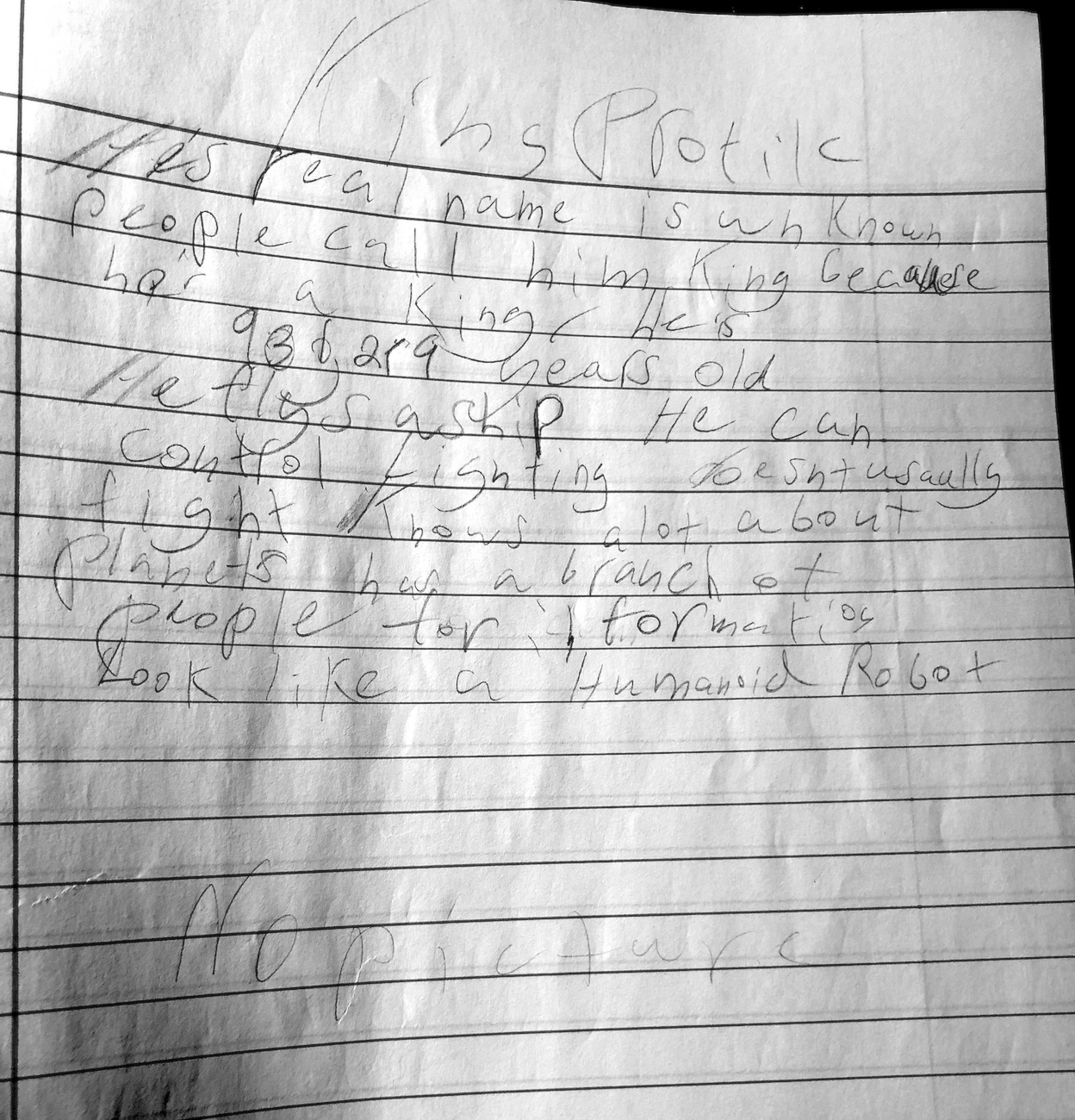 His real name is unknown. Yup. “People call him King because he is a King.”

He is much older in this early stage.

“He can control lighting doesn’t usually fight. Knows a lot about planets” 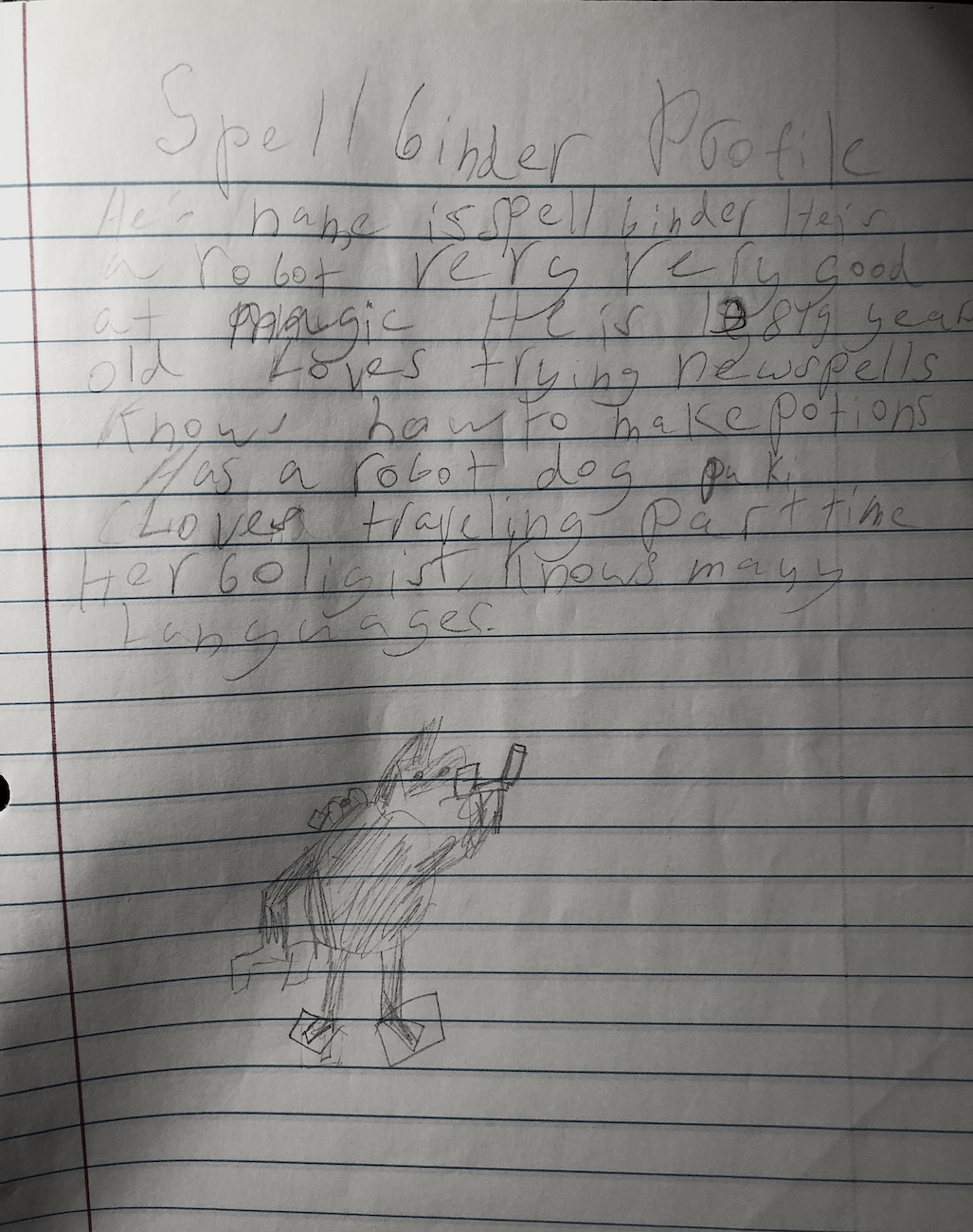 Spellbinder has a cute little drawing of her! But Spellbinder is a ‘he’ in this, interestingly. Still a magical robot, though, and pretty young. Potions…and robot dog. Herbologist…and knows many languages. 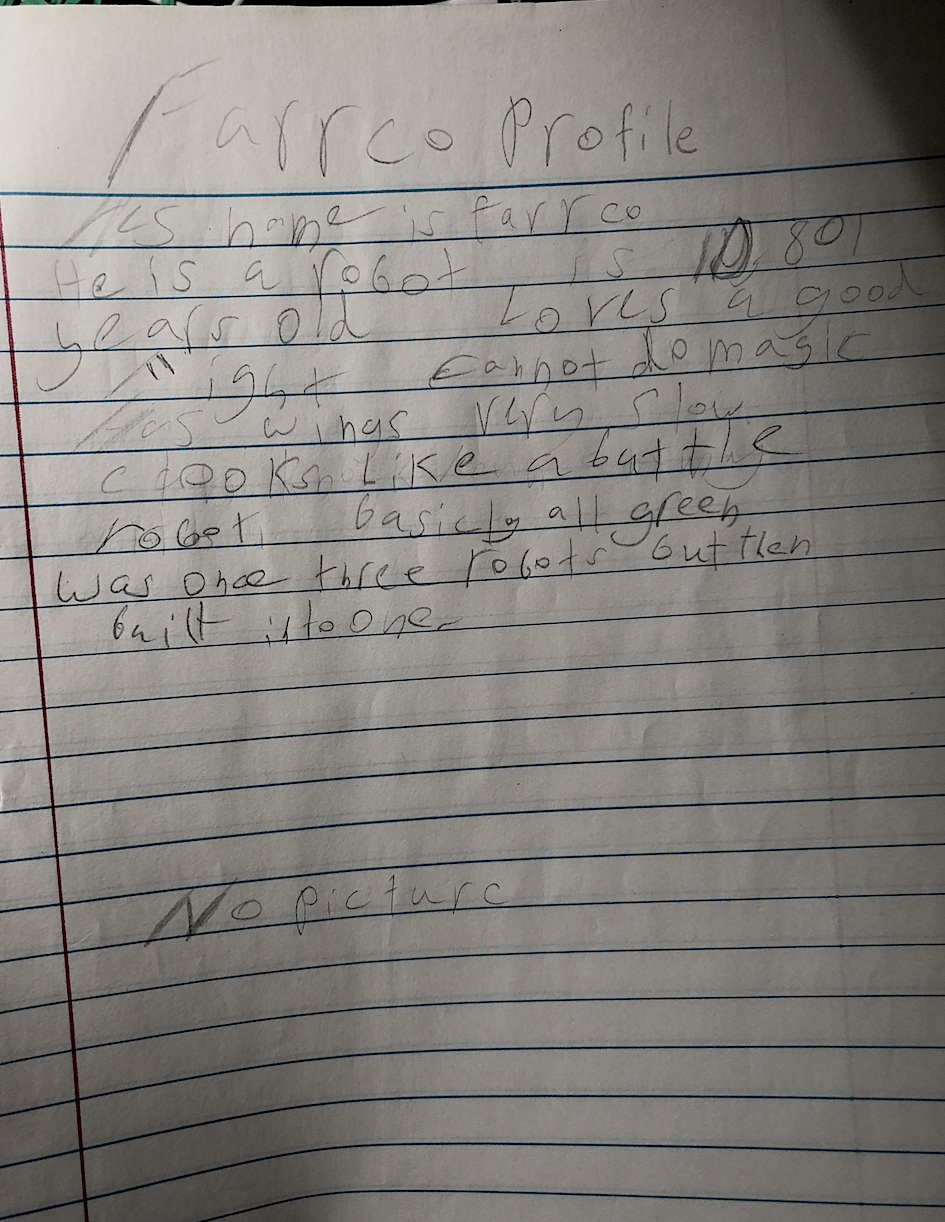 “His name is Farrco He is a robot”

He likes fighting at this stage and cannot use magic. A tidbit about his origin is actually in it!