These are my original drawings of the galaxies and their solar systems.These are old actual scans rather than photos, hence the color balance.

These are very old and very revered. I’m pretty confident saying these are my most treasured essential documents of old. Even now, these are still pretty relevant. The names of things have changed in some areas and some…‘fluff’ is pretty much no longer necessarily applicable, but it is still pretty canonical and useful.

There’s names for each set of two galaxies, I don’t know what the term is for that, though. It was just a thing to keep them together when laid out on the floor, I think…since it’s never come up anywhere else as far as I remember.

You can kind of see where I wrote over the original words or crossed something out. It’s a living document of yore! 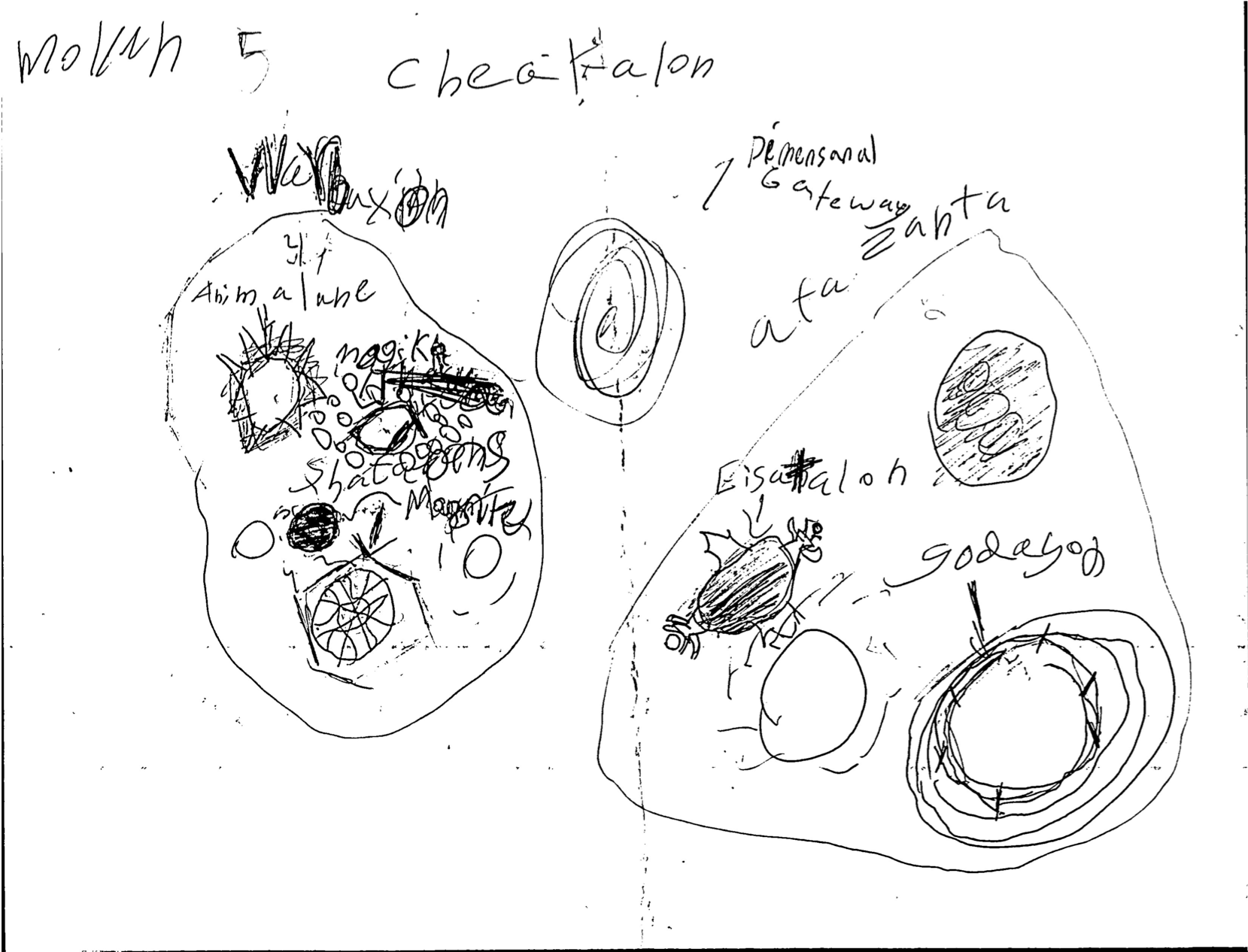 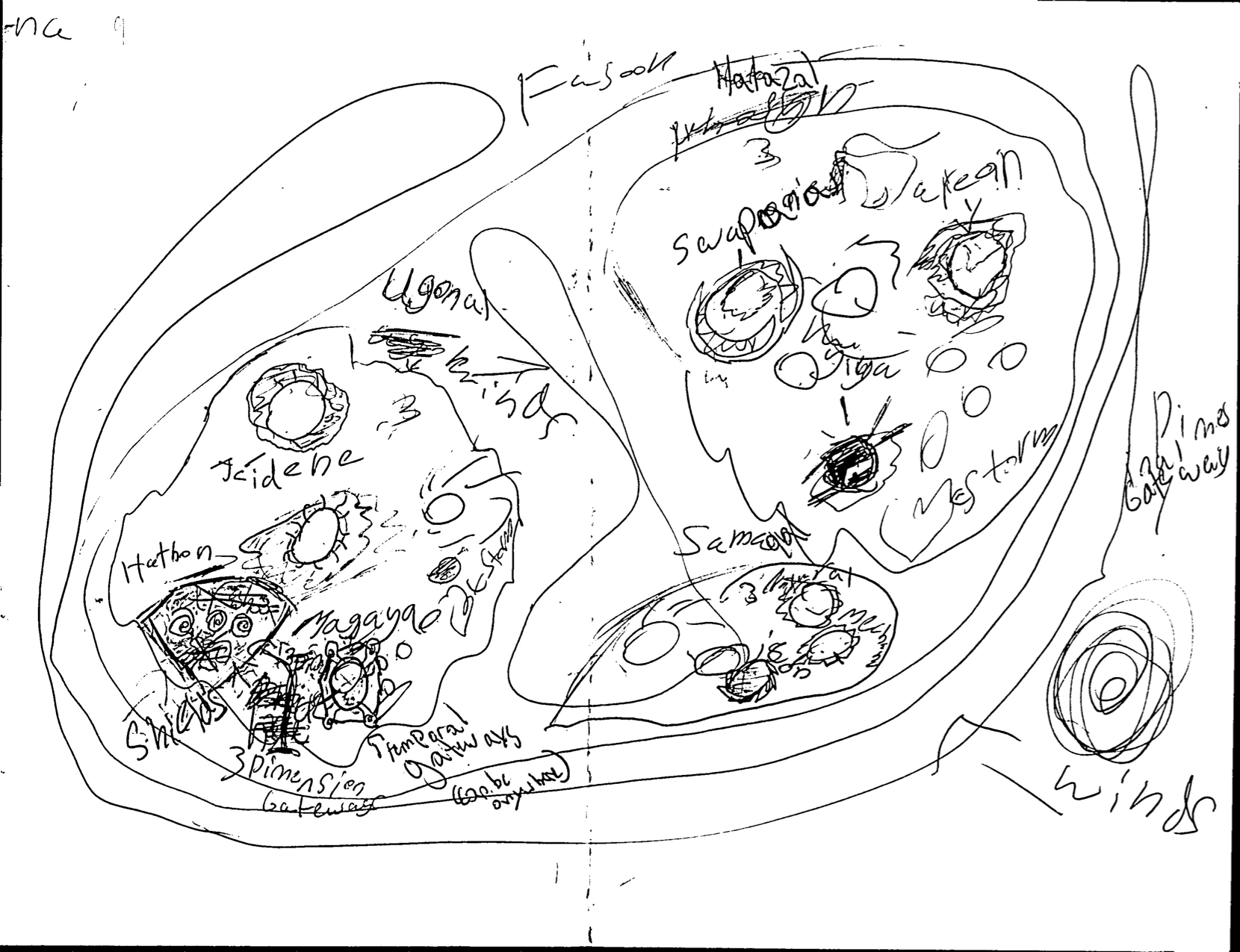 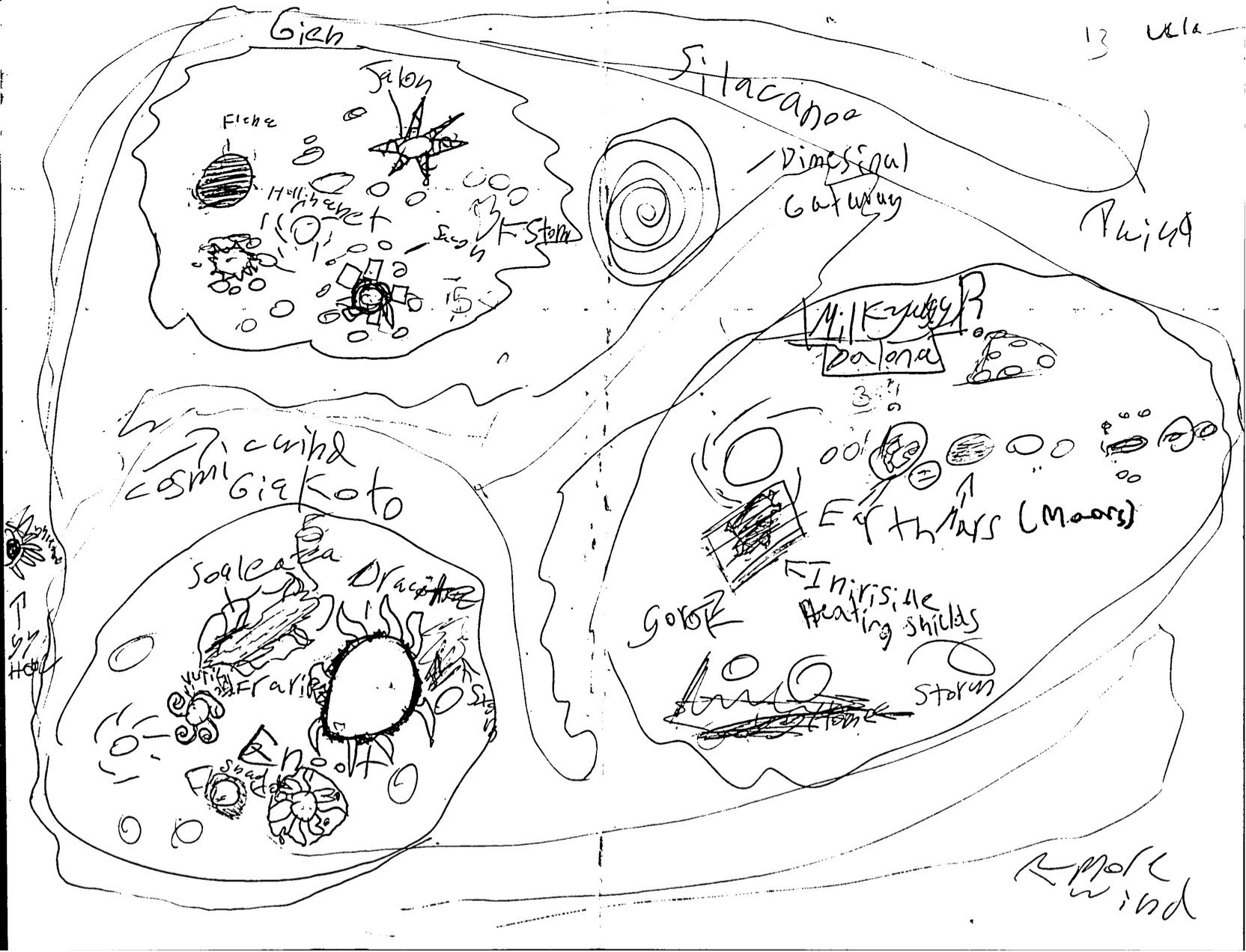 Also has the Ascended’s home, known as YY here! And more winds…and another gateway. 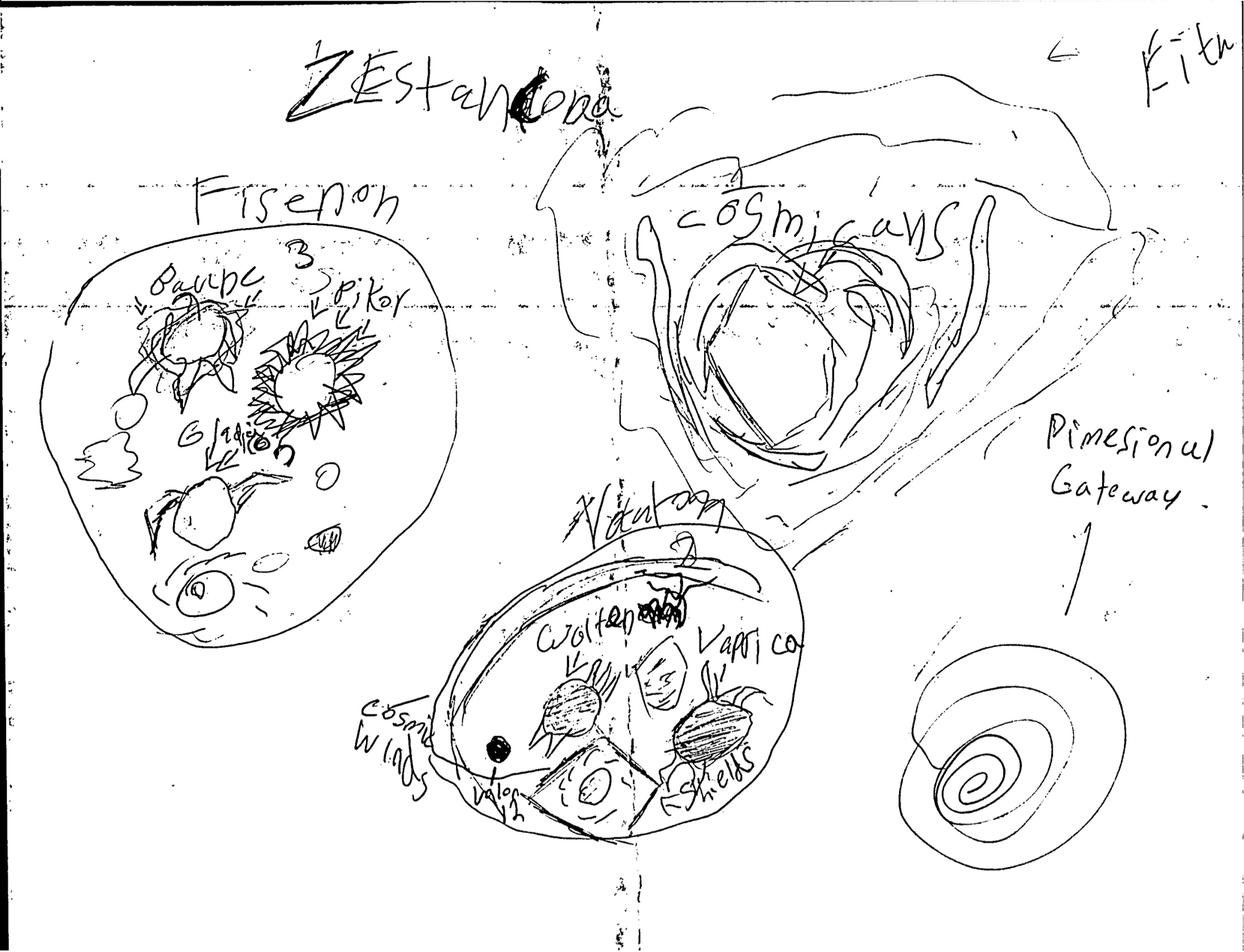 Two solar systems, plus the lone planet Cosmicans which is…Szarehan!

Another dimensional gateway hanging around plus cosmic winds.